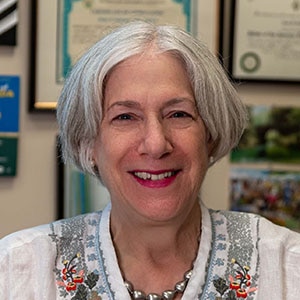 The purpose of our research is to design screening tests and early interventions to decrease the impact of the diabetes and heart disease epidemic occurring worldwide in African descent populations.

In the first phase of our research, we determined that TG-based screening tests failed to detect early cardiometabolic disease in African-Americans and African immigrants to the United States.  The major reason for this failure is that in African descent populations, insulin resistance does not trigger hypertriglyceridemia.  Thus, TG levels are not a key marker of risk. These TG-based screening tests often diagnose people of African descent as normal at a time when intervention could have delayed or prevented disease.  Hence, TG-based screening tests represent a lost opportunity for early intervention and contribute to health disparities.  Once we made the observation that TG-based screening tests were not optimally beneficial in African descent populations, we used metabolic testing and mathematical modeling to identify the etiology.  Factors that have been uncovered so far include the following findings: African-Americans have high levels of the enzyme lipoprotein lipase, great sensitivity to insulin-induced free fatty acid suppression, and low levels of apoC-III and visceral adipose tissue.

We are also exploring whether relative beta-cell failure has a greater impact than the combined effect of insulin resistance and obesity on the development of diabetes and heart disease in Africans and African immigrants.

Currently we are focusing on 3 areas: (1) identifying the best screening tests to detect pre-diabetes and diabetes in blacks; (2) the effect of sickle cell trait (SCT), HbC trait and G6PD deficiency on A1C’s performance of a diagnostic test for both prediabetes and diabetes; (3) the psychosocial determinants of diabetes and heart disease in African immigrants with specific attention to the effect of the stress and reason for immigration on risk for diabetes and heart disease in African immigrants.

Best screening tests to detect prediabetes and diabetes in Africans.

We have previously shown that in African immigrants, A1C had a diagnostic sensitivity for detection of abnormal glucose tolerance of only ~50%. But combining A1C with fasting glucose increased sensitivity to ~70%.

We have evaluated the diagnostic efficacy of two new nonfasting diagnostic markers of hyperglycemia, specifically glycated albumin (GA) and fructosamine. We found that glycated albumin performs better as a diagnostic test than fructosamine. In addition, we reported that the diagnostic efficacy of A1C combined with GA is ~70% this is as good as the sensitivity of A1C combined with fasting plasma glucose. The public health advantage of A1C combined with GA is that the detection of glycemic status, will not require fasting and therefore the opportunity for widespread screening for diabetes will be increased. Our next focus is identifying the African immigrants with hyperglycemia not detected by either A1C or GA and figuring out why.

An additional important and unique of our work is that we are evaluating the reproducibility of the OGTT, as well as fasting plasma glucose (FPG), A1C, GA and fructosamine in the diagnosis of hyperglycemia in African immigrants. Our preliminary results are that the results of the OGTT as a diagnostic test are very reproducible for the detection of diabetes but not prediabetes. For both FPG and A1C, the diagnostic sensitivity is very low and that this low sensitivity does not improve with repeated testing. Data on the reproducibility of GA and fructosamine is pending.

Effect of SCT, HbC trait and G6PD deficiency on the diagnostic efficacy of A1C

Heterozygous hemoglobinopathies such as sickle cell trait (SCT) and HbC trait have levels of HbA which are lower than normal by 25 to 50%. Therefore, in the presence of either SCT or HbC trait A1C might not correctly reflect glycemia. While there is some published data, much of it conflicting on the effect of SCT on A1C as a diagnostic test, there is no published data on the effect of HbC trait. This is because most studies either exclude people with HbC trait or combine them with SCT. Therefore, the separate effect of HbC trait on A1C is not known.  In our study we have 14 people with HbC trait, 50 percent of whom had either prediabetes or diabetes. In this small sample the diagnostic sensitivity of A1C was 0% and the specificity was 100%. We need to continue to recruit, discover HbC trait on electrophoresis and evaluate. If this finding holds, it will be important in areas of the world where the prevalence of both diabetes and HbC trait are high to have diagnostic alternatives to A1C.

G6PD Deficiency was recognized by genetic studies to be associated with low A1C levels even in the presence of hyperglycemia. This finding needs to be tested clinically. Therefore, we sought permission to test this and even though the number of African immigrants who have been evaluated to date are few, this appears to be true. Consecutive testing of African immigrants who have G6PD deficiency should yield the answer.

Psychosocial determinants of diabetes and heart disease in African immigrants

My research will improve cardiometabolic health through better screening and early intervention.

We need to explore and identify universal screening tests including test meals for diabetes and heart disease.

The specific goal of this research program is the identification of screening tests that are effective in detecting individuals of African descent who are at high risk for developing diabetes. Screening tests which work well create the opportunity to intervene when both disease prevention and minimization of complications can be optimized. Due to the magnitude and multiplicity of racial and ethnic differences, the Section on Ethnicity and Health is a major advocate for evaluating screening tests in the populations in which they are going to applied. The African descent populations with whom the Section is currently working include: African Americans, African immigrants to the United States and Africans living in sub-Saharan Africa.