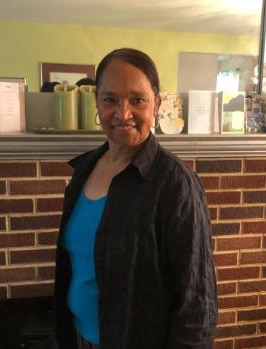 Pamela, a 72-year-old communications specialist who lives in the Washington, D.C., area and has written for both Reader’s Digest and McCall’s Magazine, had always lived an active lifestyle, having been an avid runner and even a member of a ski team. It’s not surprising she takes her health seriously since her mother, who had type 1 diabetes, always taught Pamela and her five siblings from a young age to value their health and made sure they recognized the importance of maintaining a healthy lifestyle. So, in the summer of 1997 when Pamela received a postcard in the mail that invited her to be tested to see if she qualified for participation in a new research study on possible ways to delay or prevent the development of type 2 diabetes, she jumped at the chance. “I went in, got tested, and found out I had prediabetes, which qualified me for the study … so I signed up right away.” She was randomized to the Diabetes Prevention Program (DPP) lifestyle intervention group on October 1, 1997, and so her journey of participating in a clinical trial began.

After several months of diet and exercise with support from DPP clinicians, Pamela achieved her initial goals and even surpassed her 7 percent weight-loss target. She does admit, though, that it was not always easy. In the beginning, she did not quite care for documenting everything she ate, though she appreciated the study coordinators. As she puts it, “I was judging myself … but the study coordinators had no judgment. They were data-driven and incredibly supportive and encouraging to all of the participants.” She says the intervention changed the way she approached her daily activities—it forced her to pay close attention to exercise consistency, portion sizes, and reading nutrition labels.

After those initial months of the lifestyle intervention, the good results for Pamela just kept coming. She put in the effort and learned that, with the support of her DPP doctor and study coordinators, she had the power to change the course of disease. Part of that support included the fact that the DPP team organized group events, such as holiday dinners and baseball games, so that participants could meet and inspire each other. The study team even encouraged them to bring along friends, which turned out to be helpful to Pamela. “If I bring a friend to an outing, maybe the next day I recruit them for a run. It’s easier to exercise with a friend.”

“Historically,” Pamela says, “it has been difficult to get African Americans to participate in any research study. I realized if I don’t participate [in the Diabetes Prevention Program/ Outcomes Study], scientists won’t have the critical data they need…. Diseases manifest differently in different races and sexes … it’s so important.”

Soon after the DPP came to an end, and the DPPOS was beginning, Pamela knew she would remain a participant. She had worked hard and had seen the fruits of her labor—losing weight and preventing her prediabetes from progressing to type 2 diabetes—but that wasn’t the only reason. She was also motivated by her mother’s fight with her illness, and she realized the significance of her participation in clinical research. “Historically,” she says, “it has been difficult to get African Americans to participate in any research study. I realized if I don’t participate, scientists won’t have the critical data they need…. Diseases manifest differently in different races and sexes … it’s so important.”

Beyond the recommended goals of weight loss and exercise, Pamela also noticed the DPP lifestyle program provided her with other health benefits like better stress management. Life has a way of handing you challenges, and it certainly did for Pamela. Throughout her years in DPP, she drove her mother to medical appointments because her job afforded her more flexibility than her siblings, and she helped her mother deal with many of the complications common to both major forms of diabetes. In 2002, Pamela’s region was rocked by a frightening development—a sniper began terrorizing the area at random. This effectively halted her outdoor runs. And, in 2008 the economic recession hit, which negatively impacted Pamela’s consulting job as a writer. But she looked to the knowledge she had gained about lifestyle change from being a DPP participant and was able to minimize her stress through breathing techniques, in addition to keeping her diet and exercise routine as healthy as possible when each change in circumstances arose.

Pamela has now been a participant in DPP/DPPOS for more than 23 years, a remarkable contribution to scientific research—and also to her own health. Today, not only has she prevented the development of type 2 diabetes, but she no longer has prediabetes and has achieved and maintained an impressive 12 percent weight loss—a testament to her incredible dedication to maintaining a healthy lifestyle as a DPP/DPPOS participant. When discussing her appreciation and respect for the DPP doctors and nurses, she goes so far as to say if she had to do it all over again, she would choose a career in science or medicine. “This is one of the best things to ever happen to me, to have had this opportunity to be part of this program…. Self-management is a discipline. It’s not always easy, but it’s something we need to strive for. It’s a journey, and DPP was the catalyst for me.”

Talking about her experiences in the Diabetes Prevention Program clinical trial, Pamela says: “This is one of the best things to ever happen to me, to have had this opportunity to be part of this program.”

Pamela is proud to have contributed to the DPP’s success, and when asked what she would tell someone considering participating in a similar clinical trial she doesn’t hesitate: “I’d tell them to do it! And, I’d even go with them!” Without Pamela and her fellow DPP/DPPOS participants, there might still be no proven way to prevent type 2 diabetes. Thanks to their efforts, a healthier world has become possible.