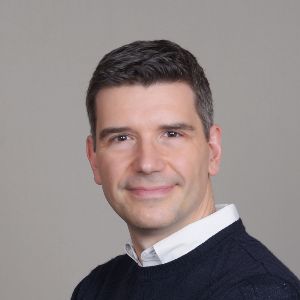 The translation of the genetic code is fundamental to life and all cells have to determine which mRNAs get translated, how much they are translated, and where within the cell they are translated.  We are broadly interested in understanding how cells answer these questions and we address them by using multi-disciplinary approaches such as ribosome profiling and computational analysis, biochemical techniques, and single-molecule fluorescence imaging.

We recently uncovered key steps in the "ribosome recycling" process that removes ribosomes that have finished translating from mRNAs. We found that recycling occurs in separate stages for the large and small subunits of the ribosome and that specific proteins are important for carrying out each step. Failure to properly  recycle ribosomes causes reinitiation of translation in regions of the mRNA that are not normally translated. We are interested in how this non-canonical translation might lead to the production of novel peptides or regulate canonical translation.  We have also found that widespread RNA decay caused by the antiviral enzyme RNase L can lead to changes in the relative level of non-canonical translation, as well as affect other signaling pathways, and are studying how this affects immunity.

We are also interested in the consequences of cases where ribosomes bump into each other. These ribosome collisions tend to occur more often during stress, such as starvation, that causes the translation cycle of the ribosome to stall. We discovered that a key signaling pathway, the Integrated Stress Response (ISR), can respond to ribosome collisions. How this pathway and other pathways that sense aberrant translation events, such as Ribosome-associated Quality Control (RQC) and Nonsense Mediated Decay (NMD),  interact to control stress signaling, mRNA decay, and "rescue" of stalled ribosomes is an important goal of our work. In addition, we are investigating the effect of ribosome collisions that  occur at the stop codon on the efficiency of translation termination and the tendency to read through the stop codon, a process that results in proteins with C-terminal extensions.

The ribosome is central to gene expression so our basic work on ribosome function is critical for developing models of disease. Many of the proteins we study that are involved in ribosome recycling and the detection of ribosome collisions are oncogenes or are are known to be linked to neurological diseases and aging. Many of them are also critical for the immune response. Our work is therefore important for understanding what happens in the cells of patients with these diseases and finding novel targets for pharmaceuticals.

Proteins are made in the cell by a large molecular complex called the ribosome. Our research is aimed at understanding how the ribosome works, particularly the cases where it makes proteins that are not normally produced in cells. A better understanding of these processes is important for understanding how cells resist infection and avoid being transformed into cancer cells.