Proctitis is inflammation of the lining of your rectum. The rectum is the lower end of the large intestine. 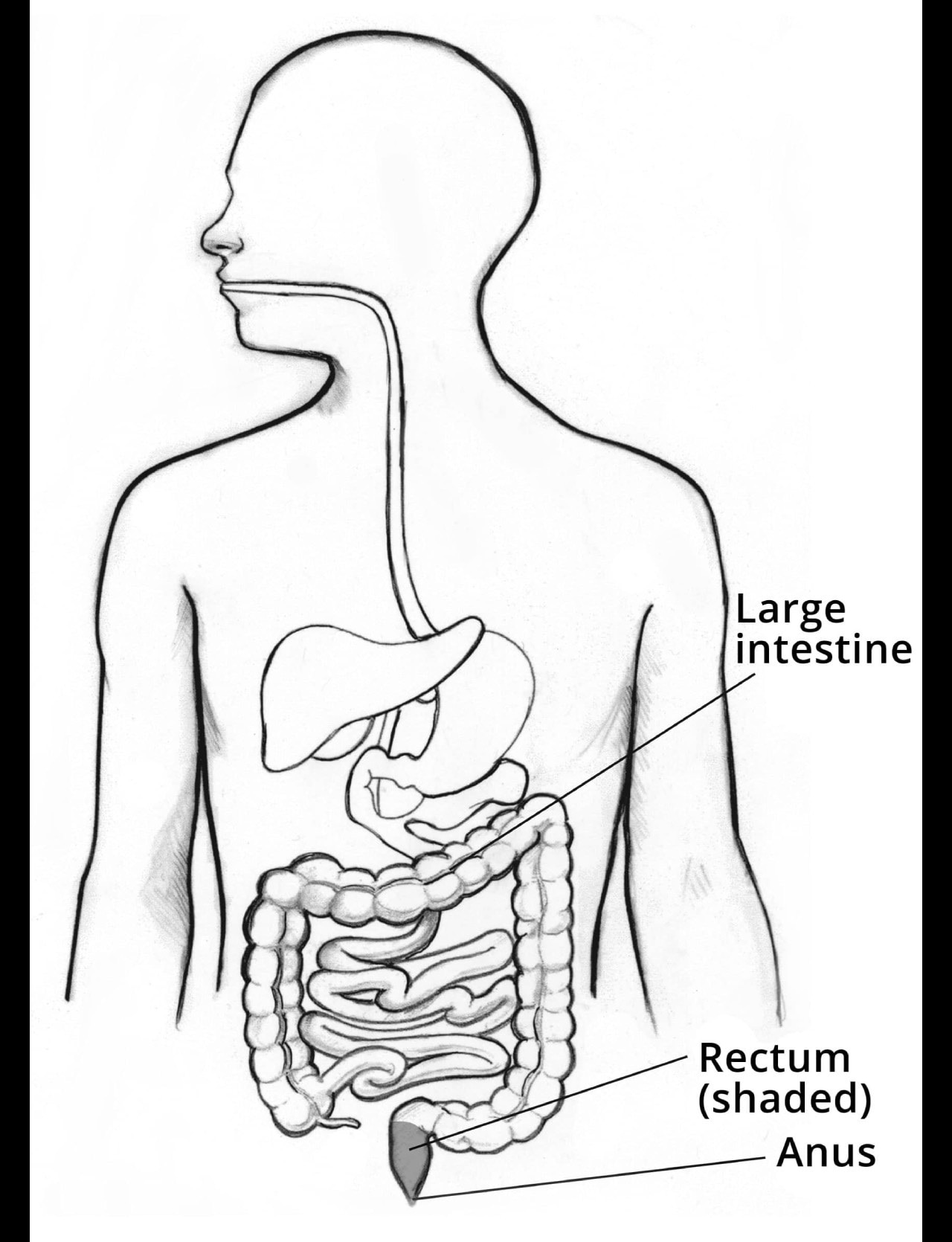 The digestive system, showing the location of the large intestine, rectum, and anus.

Are there different types of proctitis?

Experts have identified several types of proctitis, which have different causes and treatments.

Proctitis may be chronic or acute. Chronic proctitis can last a long time or may come and go over time. Acute proctitis develops suddenly and lasts a short time.

Common types of proctitis include the following.

Proctitis may be part of inflammatory bowel disease (IBD). Ulcerative colitis and Crohn’s disease are common types of IBD that may cause proctitis. Proctitis in IBD is chronic, and it is the most common type of proctitis.1

Certain infections, including some types of sexually transmitted diseases (STDs) and food poisoning, may cause proctitis. Infectious proctitis is most often acute.

Diversion proctitis is inflammation of the rectum that may develop after ostomy surgery of the bowel, also called bowel diversion. After ostomy surgery, waste leaves your body through an opening called a stoma in your abdominal wall instead of passing through the rectum and anus.

Diversion proctitis is chronic and most often starts 3 months to 3 years after ostomy surgery.2

How common is proctitis?

Who is more likely to develop proctitis?

You are more likely to develop proctitis if you

What are the complications of proctitis?

If your proctitis isn’t treated or doesn’t get better with treatment, you may develop complications, including