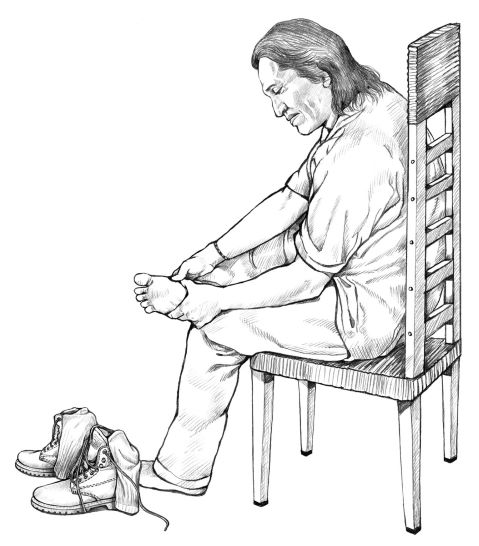 New findings from a long-standing observational study show, for the first time, that risk of diabetic foot ulcers (DFUs) is decreased by controlling blood glucose (sugar) levels early and intensively in individuals with type 1 diabetes. DFUs commonly occur in people with diabetes and can lead to lower extremity amputation, which is associated with high mortality. Prevention, if possible, is the best course of action as current treatment options are limited. Identifying DFU prevention strategies is critical to improve the health and quality of life of people with type 1 diabetes.

Previous studies have suggested a link between high blood glucose levels and the risk of DFU and lower extremity amputations in people with type 1 diabetes. However, questions remained as to whether intensive control of blood glucose could affect the risk of DFUs or amputations. Fortunately, NIDDK’s Diabetes Control and Complications Trial (DCCT) and its ongoing observational follow-up study, the Epidemiology of Diabetes Interventions and Complications (EDIC) Study, provided a rare and exciting opportunity to answer these questions. Completed in 1993, DCCT was the first randomized controlled trial to show that intensive treatment to keep blood glucose levels as near to normal as safely possible can reduce risk for several diabetic complications, including retinopathy (a form of eye disease), neuropathy (nerve damage), and kidney disease. (The intensive treatment involved more frequent insulin administration and blood glucose monitoring than was conventional at the time.) EDIC has continued to study the health of the majority of the DCCT participants for nearly 3 decades and has shown additional benefits of the intensive treatment. In this new analysis, researchers found that those whose blood glucose levels were intensively managed during the DCCT were less likely to develop DFUs starting at an average of 17 years from when the DCCT began. Additional analysis revealed several risk factors that put individuals at greater risk of DFUs: higher average glucose levels (as measured by HbA1c), older age, albuminuria (having too much albumin in urine, which is a sign of kidney disease), cardiovascular automatic neuropathy (damage to nerves in the heart and blood vessels), and retinopathy.

This study suggests that controlling blood glucose levels intensively and early in the disease course is beneficial for people with type 1 diabetes to reduce long-term risk of DFUs, confirming the importance of early intervention to prevent diabetic complications. Further research on the risk factors identified may help predict who is at increased risk of DFUs and lower extremity amputations and guide appropriate prevention strategies in a timely manner.